In this blog we will teach you everything we know about Induction heating and tell you about our life at Alesco! 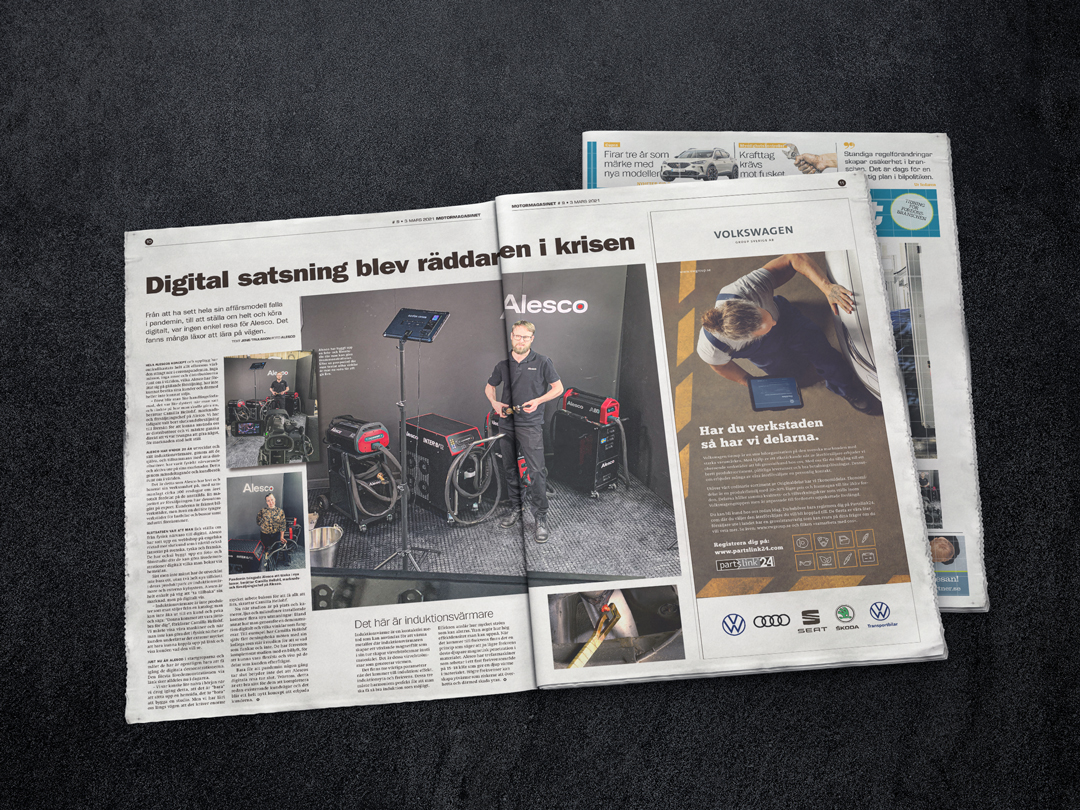 Digital investment became the savior in the crisis

“Seeing their business model fall in the pandemic, to completely switch and run digitally,
was not an easy journey for Alesco. There were many lessons to be learned along the way”

– At first you get a little paralyzed, it was a bit gloomy when you sat and thought about what to do now, says Camilla Hellohf, Marketing and Sales Manager at Alesco. We have previously chosen not to focus on end customer sales in favor of being able to use distributors and we noticed quite immediately that we had to do something, because the market was completely stagnant.

ALESCO HAS DEVELOPED AND SOLD INDUCTION HEATERS FOR OVER 20 YEARS, in that time they have, together with their distributors, been physically present and active in their markets. This through trade fair participation and customer visits around the world. This is what Alesco has lived and based its operations on, with a total of about 300 travel days a year in total distributed among the employees. In addition, a majority of sales have been for export. The customers are mainly car workshops, but there are also some slightly heavier workshops for trucks and buses as well as industry.

THE CONCLUSION was to switch from physical presence to digital. Alesco has built an online shop in English aimed at end customers, which will soon also be launched in Swedish, German and French. They have also built a photo and film studio where they can do live demonstrations digitally. These are easily booked via the website. Last but not least, they have developed not just one, but two completely new additions to their product park of induction heaters and external cooling systems. Alesco is simply about to “take back” its market, but in a digital way.

– Induction heaters are not products that are sold from a catalog; you can´t go out to a customer and point and say: “This will be great for you,” Camilla Hellohf explains. We have to demonstrate our machines and when you can´t do it in the physical proximity of the customer, it is extremely easy to just connect on a link and show the customer what it wants to see.

RIGHT NOW Alesco is in the starting blocks and the goal they have is really just to get the digital demonstrations started. UPDATE: The first live demonstration via link where held in Mars!

– We were perhaps a little naive in the beginning when we started this, that it is “just” to set up a website, it is “just” to build a studio. But we have learned along the way that it takes an enormous amount of work behind to get everything to play, laughs Camilla Hellohf.

NOW WHEN THE STUDIO IS IN PLACE and cameras, lights and microphones are installed, several new challenges arise including how to conduct a demonstration digitally and which angles work. For example, Camilla Hellohf herself has had to book practice meetings with her colleague who is in the studio to see what works and what does not. They have also supplemented the studio with a car lift, to be able to be flexible and show the parts that the customer requests. For example, when the pandemic ends, it does not mean that Alesco’s digital journey will end.

On the contrary, this is a great way for them to complement existing customer avenues and it will be a whole new concept to offer customers.

By introducing induction heating to your workshop you will create a substantiable and safer work environment. By raising awareness of work health and safety issues and taking action to eliminate or minimise health and safety risks at work, we can help prevent further work-related injuries. This not only means that you save both time and money, but also that the environmental impact is reduced. Our machines make your job easier, faster and safer. 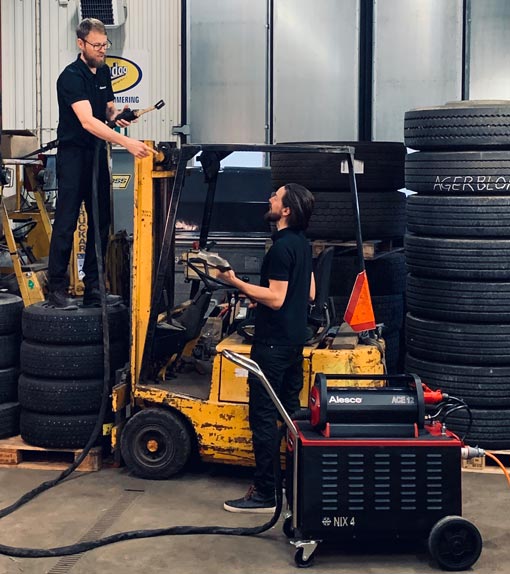 “Expand your workshop and join the Induction revolution”

This website uses cookies to improve your experience while you navigate through the website. Out of these cookies, the cookies that are categorized as necessary are stored on your browser as they are essential for the working of basic functionalities of the website. We also use third-party cookies that help us analyze and understand how you use this website. These cookies will be stored in your browser only with your consent. You also have the option to opt-out of these cookies. But opting out of some of these cookies may have an effect on your browsing experience.
Necessary Always Enabled
Necessary cookies are absolutely essential for the website to function properly. This category only includes cookies that ensures basic functionalities and security features of the website. These cookies do not store any personal information.
Non-necessary
Any cookies that may not be particularly necessary for the website to function and is used specifically to collect user personal data via analytics, ads, other embedded contents are termed as non-necessary cookies. It is mandatory to procure user consent prior to running these cookies on your website.
SAVE & ACCEPT